Madagascar is a country that is prone to cyclonic activities. At each annual rainfall period, several regions are subject to flooding, sometimes causing significant human and infrastructure impacts. The communities of these regions often face reality without knowing what attitudes and behaviours should be adopted to deal with the risks of disasters. It is with this in mind and in correlation with its mission of ‘living for others’ that the FJKM Protestant Church has developed the FJKM volunteer programme with the support of Diakonie KatastrophenHilfe (DKH). This partnership was developed in several stages. Launched in 2015 for a pilot activity for the establishment and training of 240 volunteers, it was continued in the years following, with the aim of reaching 9,000 operational volunteers by January 2018. The current project will be ending in the month of June 2018.

The purpose is to:

Thus, the main activities are:

The project has seen a broad participation of the representatives of the State through the BNGRC as the coordinator of all humanitarian actions in Madagascar. As stakeholders, in addition to the local communities, the administrative, religious and traditional authorities at the local level were also involved.

SAF/FJKM is a member of the clusters, which include all the organizations working in the humanitarian field in Madagascar. Volunteers can serve all organisations by collecting and feeding back information that will later enable decision-making.

Sustainable community-based disaster risk management is a process established since 2016 at the level of the Ambavarano community, thanks to the FJKM Volunteers. Prone to cyclone and flood risks, the Fokontany of Ambavarano is a highly vulnerable area. Trained in February 2016, the volunteers through their interventions have enabled the community to change its mindset and behaviour as to the kind of conduct to adopt before, during and after the occurrence of a disaster. A palpable change can be felt also because the community is no longer feeling helpless in the face of the damage caused by cyclones. There is a sense of satisfaction about the usefulness and existence of the volunteers, because the community is feeling more confident. The volunteers have imposed their leadership in the area of cyclone risk. FJKM volunteers receive training based on volunteerism, risk assessment, early warning and the 4 pillars of volunteer interventions, namely: • Protection by identifying vulnerable groups, • Collection, analysis and transmission of data • Distribution - assessment and analysis of the needs based on previous cyclone events, selection criteria and identification of the beneficiaries, principles and distribution tasks. • Rehabilitation - identification of areas at risk, monitoring of vulnerability, risk prevention planning, rehabilitation and reconstruction after cyclones. The methodology for training volunteers includes a simulation exercise during which the volunteers, but in particular the community, can already put in practice their existing knowledge and achievements during the theoretical training of the previous days. This training, which is fully participatory, is aimed at highlighting local practices and knowledge for dealing with disasters. It should be noted that rural communities have fascinating traditional knowledge that has helped them to predict the weather, face cyclones and floods and, indeed, recover. The local administration (the fokontany and the commune) has been fully involved in the process of training the volunteers and guiding their actions. The tools used by the volunteers have been developed with their participation, in particular the cyclone/flood rapid response matrix, the communal contingency plan or the establishment of the early warning system. In other words, FJKM volunteers are working in close cooperation with the local government, but also with the local DRM actors, such as the local teams working with the National Risk and Disaster Management Office (BNGRC) and other actors, covering the four main pillars of intervention. For the record, the pillars are: i) protection of the victims (shelter and psycho-social support), ii) collection of data and information, iii) distribution of aid to the victims and iv) rehabilitation of damaged infrastructure after the disaster. At the local level, where the volunteers are located, the coordination is carried out jointly by the Local Team for Risk and Disaster Management (ELGRC) and the local administration. The tools mentioned in the previous paragraphs and which are developed in advance enable the harmonization and coordination of the actions. At the level of Ambavarano, the volunteers are now acknowledged as vital players in DRM, both during the Emergency Response phase after the disaster and for the Recovery and Preparedness before the disaster.
By their actions and behaviour, the FJKM volunteers seek to apply the Basic Humanitarian Standards and the basic standards for humanitarian actions (Sphere Standard). From this point of view, although they are Christians who are members of a parish in the locality, their actions do not discriminate against any gender, religion or age category. In addition, the membership structure encourages women and young people and people with disabilities to join as members, because the volunteers are convinced that diversity of gender, talents and know-how can only make their actions more efficient.
Annual updating of tools such as the rapid response matrix, the national contingency plan and the evacuation plans enable the actors (Local Disaster Risk Management Team, local administration, volunteers, NGOs) to ensure that their action strategy follows the evolution of situations. Sessions are organised after each disaster, as an opportunity to provide feedback and assess the performance of the actions undertaken in order to share information, good practices and improve the quality of future interventions. However, until now, the action of the FJKM Volunteers has been limited to cyclone and flood hazards.

The FJKM Volunteer programme has changed the community's knowledge, practice and behaviour in responding to emergency situations. The concept of prevention before disasters is now much higher. Thanks to Volontariat FJKM, cyclones have caused less damage and less loss of human life because the community has been better prepared. Beyond the establishment of the programme in 2016 at the level of the Fokontany of Ambavarano, the community of volunteers in this locality is seeking to expand their activities and recruit members from surrounding parishes through internal training courses about the Volontariat FJKM organisation. To provide financial support for the activities of Volontariat FJKM, income-generating activities or IGA have been set up by operating beekeeping activities. FJKM Volunteers, to increase their cash fund, have installed bee hives in each church to produce honey. The fruit of the harvest has been subsequently sold in the nearest main city, located outside their municipality. The Volontaires d'Ambaravano community has also chosen to plant pineapple, because if its resistance to high temperatures and the winds of tropical storms. Based on the revenue from these two IGAs, the community has been able to buy equipment and there are plans to also use this revenue as an emergency response fund. CBDRM was established in 2016 at the local level, but the practices related to it will continue long after the project phase.
People are more prepared and organized. The local community is now referring more to the volunteers and is more confident about dealing with the occurrence of disaster risks. Maintenance and the structure of homes have improved, making them more resistant to strong winds. People are now preparing much better for the next cyclone season, in particular by setting up storehouses for community use. Because of the presence of FJKM volunteers, there have been fewer deaths and injuries, following the implementation of community prevention measures. The local community feels safer and more able to respond to emergencies. There is more commitment to discuss DRC with the population and the authorities are more aware. The community recognizes the volunteers and asks for their opinion.

There are improved community dynamics, leading to social organisation and cohesion. There is a willingness to establish and train volunteers in the surrounding parishes through the snowball effect of the programme. There has been a resurgence of income-generating activities (community self-financing). The volunteers are building a national database available for consultation by national and international DRM actors based in Madagascar. 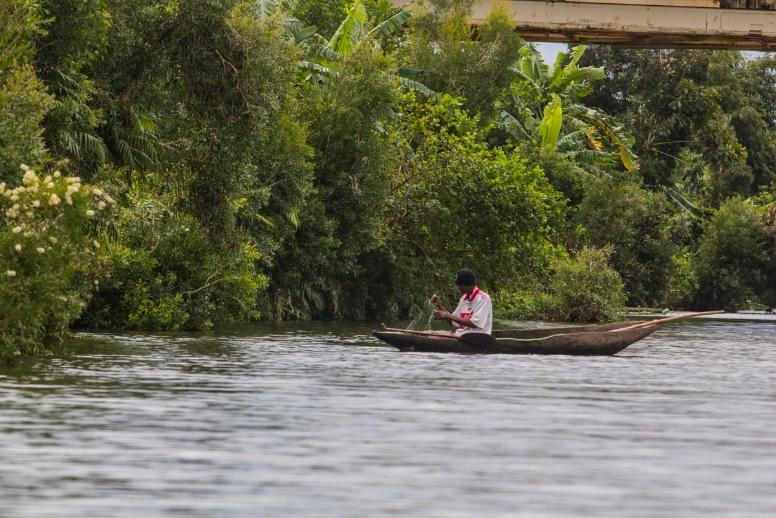