The CBDRM intervention in the Beledweyne district in Hiiraan region of Somalia focused on conflict resolution, drought response, and flooding. The rationale for this intervention was to address the priorities of nomad populations, who are dependent on green pastures, and have to move whenever a drought happens: this move often results in increased risks of conflict among groups. Conflict risk arises when farmers close the paths that are used for animals to reach rivers or other water sources. The intervention was defined as an “agro-pastoral-peace” process.

The intervention lasted 5 months, and ended in the identification and creation of a series of helo, alternative sources of water in the form of “water corridors” that were used to create territorial boundaries between pastoralists and farmers and that would also be spaces to access water resources. This resulted in more peaceful co-existence among the different groups.

The project was fully owned by the community: the elderly played a particular role in identifying the location of traditional “helos”. The local government had a role in monitoring the overall implementation of the activities. The intervention facilitated the planning of meetings, the peace and conflict resolution process, and organized awareness raising workshops, as well as documentation of community resolution experiences. This was done by project coordinators and the organisation's staff.
Women, children, people with disabilities, the elderly, and groups of Somali Bantu populations were actively involved in the activities. They were all represented in the process, and the youth (who are mostly at risk and commonly impacted by the conflict) were brought on board. The elderly took the lead in giving the historical context of the conflict in the region and how it was solved. The elderly were also very useful in identifying historical “helo” locations along the river Shabelle. Activities included the mapping and demarcation of farmers territories to create space between the land to include paths for animal and human use to access the river.
Place to build water troughs were also identified, so that pastoralists could construct water troughs and pump to gather water from the river.

The initiative is still going on, thanks to the peace and conflict resolution committees and the collaboration with the local governments. The project has built capacity of communities to actively oversee the resolution of conflicts and deal with any arising challenges: as a result, the risk of conflict among these communities has tremendously been reduced.
Peaceful co-existence mechanism of conflict resolution has been adopted. Losses of human and animal lives, as well as crops destruction has been reduced. Additional benefits from the project implementation are increased economic gains for the communities involved. 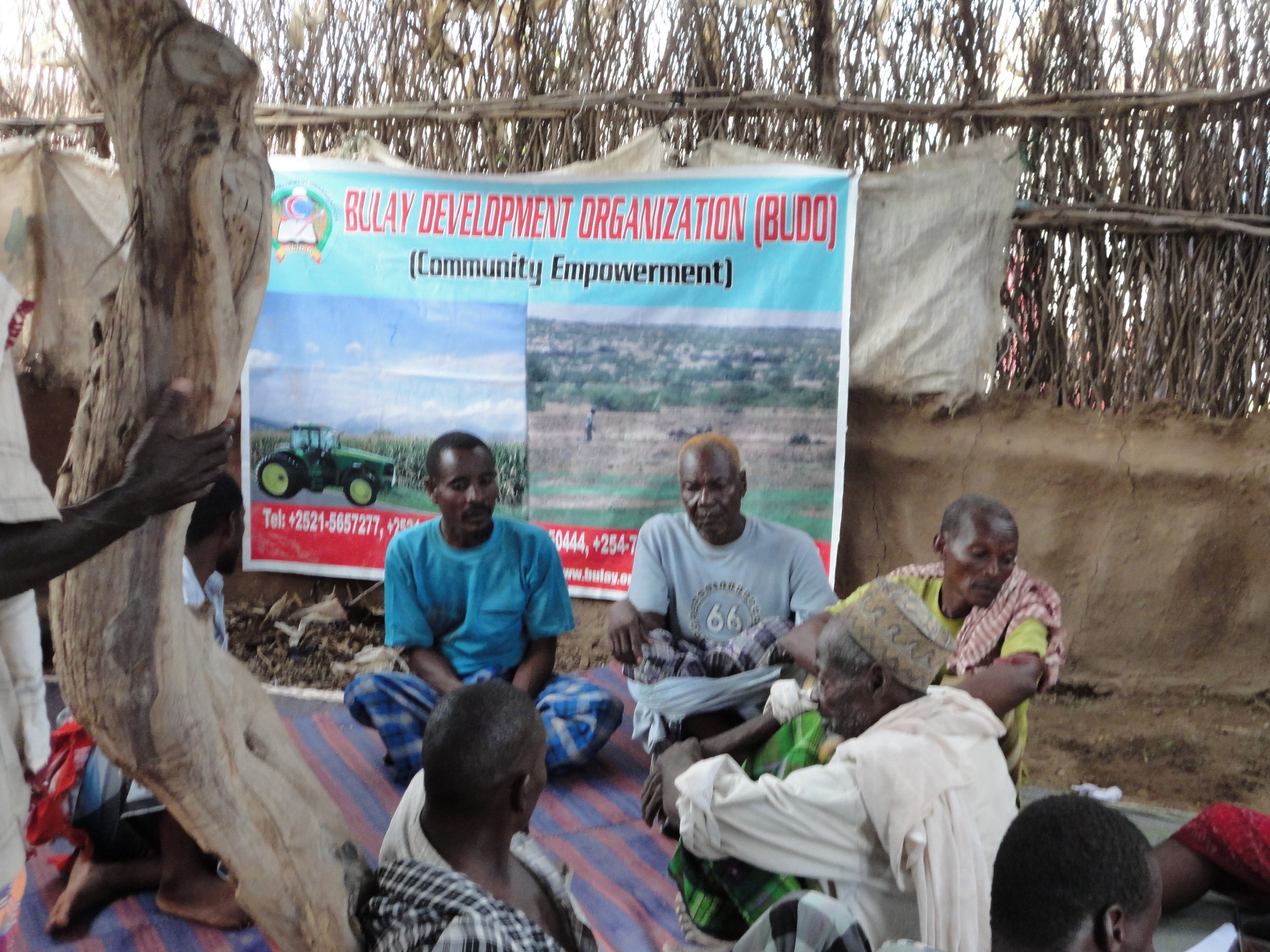